You are at:Home»Headline News»The Real Reasons for the Delay in Energy Procurement in South Africa

I would like to draw your attention to the real reasons why there has been a delay in energy procurement since South Africa’s Mineral Resources and Energy Minister, Mr Gwede Mantashe, took office in May 2019. At the time, Mantashe was the fifth energy minister to be appointed in a space of 30 months.

We must consider that since Mantashe took office over three years ago, not a single new generation electron has fed into the national grid.  The country desperately needs 4000MW to 6000 MW new generation capacity to come online yet it has not happened. Why?

Related news: It’s not ‘foreign forces’, it is people in South Africa that are fed up with Gwede Mantashe 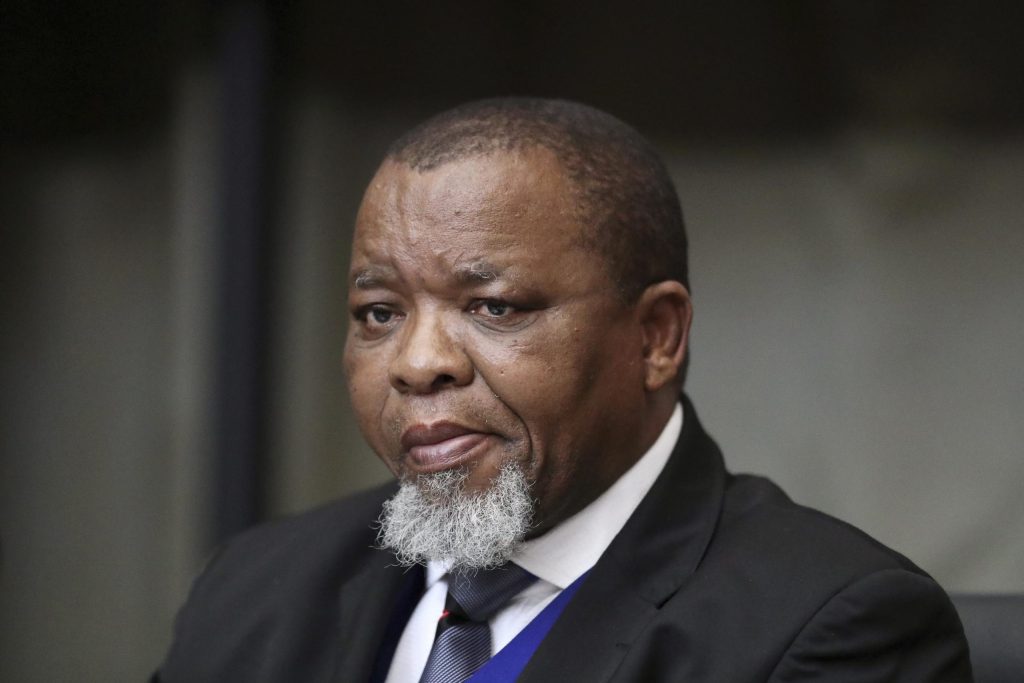 Simply put; there is a lack of competency, political will and possible corruption involved in managing energy procurement tenders by the DMRE. Here is an article I wrote earlier in the year outlining how skewed the outcome of REIPPPP Bid Window 5 was in favour of Norwegian and other foreign-owned Independent Power Producers (IPP’s). Bid Window 5 seeks to procure 2600MW of renewable energy capacity split between solar (1000MW and wind (1600MW) technology. The article reveals that twenty-one of the twenty-five winning project bidders have the same BBBEE partner, the tariffs are unsustainably low and one foreign IPP won 12 of the 25 projects. Further, the deadline for financial close for the winning bidders has been extended to the end of September 2022 because some bidders have not completed their development works. Considering the urgency, surely projects that were shovel ready should have been given priority?

What does this tell you about the people appointed to vet and approve these projects and how much did Norway’s US$56 million donation to the ATIA plus their R600 million funding of BBBEE company H1 Capital, influence the outcome?

The lack of capacity at the DMRE extends to the Risk Mitigation IPP Procurement Programme (RMIPPPP) where there are key contractual issues, the majority of projects are not bankable and/or EIA approved. Simply put the tender programme was badly managed from the outset. There is also no coincidence then that the only three projects totalling 150MW that achieved financial close in the 2000MW RMIPPPP are owned by a Norwegian company with again, that same BBBEE partner that won 21 projects in REIPPPP Bid window 5.

REIPPPP Round 6 tries to address the lesson learnt in the two previous and incomplete procurement programmes with updated criteria but it is still flawed and too little too late. Read more

All queries I put forward to the DMRE regarding the above controversies, over the last 9 months, went unanswered.

He joined the migratory labour force to eke out a living in the mining industry. Beginning his mining experience at Western Deep Levels mine in 1975 as a Recreation Officer and, in the same year, moved to Prieska Copper Mines where he was Welfare Officer until 1982.

In 1982, Mantashe moved to Matla Colliery where he co-founded and became the Witbank branch chairperson of the National Union of Mineworkers (NUM), a position he held until 1984. He was then elected NUM Regional Secretary in 1985. In recognition of his skills, Mantashe became the NUM’s National Organiser from 1988 to 1993 and its Regional Coordinator between 1993 and 1994. He was elected Secretary-General of the African National Congress at the party’s 52nd national conference in 2007.

Mantashe and his family are implicated in a string of corruption scandals. Mantashe’s daughter received R1 million in illicit Eskom money. His wife’s business received a R639 million catering contract for the still incomplete Kusile coal power plant project that has been riddled with corruption and cost overruns. His foundation is also embroiled in corruption scandals over millions in irregular payments.

In the country’s Commission of Inquiry into Allegations of State Capture, it was revealed that Mantashe received security upgrades to his three homes from the now-defunct company, Bosasa. The commission’s chair, Justice Raymond Zondo, said there was no evidence of contracts being awarded due to Mantashe’s direct interference, but there were “reasonable grounds for suspecting that Mr Mantashe accepted or agreed to accept gratification” from a company (Bosasa)  that wanted business from the state and that further investigations had a reasonable prospect of making prima facie findings of corruption against Mantashe. Mantashe of course denies all charges. Read more

It is also important to recall that during Zuma’s ten-year presidency, Mantashe was a key figure in the project to shield him from accountability. As secretary-general of the ANC, he instructed members of Parliament to always side with Zuma or face discipline. As such, he was a key enabler of corruption during the Zuma years.

What is abundantly clear is that under Mantashe’s direction at the DMRE, South Africa’s energy system has been further run into the ground which has deepened the energy crisis. What is also clear is the fact that Eskom was facing a shortfall in energy supply before Mantashe was appointed as energy minister. It was also clear, at the time, that renewable energy (wind and solar projects) would be the quickest and most cost-effective way to add new generation capacity to the grid which would have mitigated the risks of load-shedding and the all-out energy crisis the country now faces.

If REIPPPP Bid Window 5 and the Risk Mitigation IPP Procurement Programme were managed on time and with the right degree of competence, a total of 4600MW new generation capacity would have already started to come online. Instead and apart from the distributed energy projects,  the country will be lucky to get any new procured generation projects feeding electrons into the grid in the next 12 to 18 months.

Earlier this week, South Africa’s president, Cyril Ramaphosa, announce that ‘ a comprehensive set of actions will be announced to tackle load-shedding‘. Does this mean that Mantashe will finally be replace by someone who qualified, competent and not tainted with corruption?

Disclaimer: The articles and videos expressed in this publication are those of the authors. They do not purport to reflect the opinions or views of Green Building Africa and our advertisers. The designations employed in this publication and the presentation of material therein do not imply the expression of any opinion whatsoever on the part Green Building Africa concerning the legal status of any country, area or territory or of its authorities.